It’s been a while again… Mostly alot of work per ususal. I’ve been acting as temporary manager last week while our boss was on vacation and it’s been a mess.

The beginning of the week went pretty smoothly, just a few moving jobs and some office work. Enter thursday and hell froze over, Me and my cousin was packing one truck for a move to Gothenburg(Göteborg), Sweden with time pressure ’cause we started loading the truck at half past eight and had the ferry to Sweden booked for 13:30 and the office phone rang constantly.

Well we made it to Sweden and drove eight hours down to the hotel that was just a few kilometres from the destination. Friday was just as stressful, we started waaaay early cause we had no idea how the apartment and surrounding area looked like, suffice to say both of us lost hope of making it to the last ferry on friday when we saw the place. But we managed to solve the problem and we actually finished early, so we made our way back towards the ferry and had time for a break in Norrtälje. Smart as I am I got myself a parking ticket there since they’ve change the rules on that parking so no trucks are allowed.

Saturday was time to depressurize, we did almost nothing all saturday. Woke up way late in the day and went over to our colleague for a coffee and to see her puppy that she picked up in Finland in the beginning of the week.

To be honest I’m a bit jealous right now because I’m not allowed to have pets in my apartment.

The rest of the saturday was pretty dull, made food, had a few beers and I actually streamed for a few hours.

Thats pretty much it for now, I actually snapped a pic of the volvo for you, not much to see but it’s something.

Hi again after a way too long time, not like anyone reads this blog anyways.

Much has happened since last we spoke so where to start?

Well Hana left me about a month ago and took the car and the washing machine, Luckily my parents had time to come over and help me out with getting a new washer.

Since she left I’ve been working like a madman, granted I did work alot before that but lately I haven’t had time to do anything else. Work. Eat. Sleep. Repeat.

My cousin came over and started working at the company I’m at so now it has calmed down a bit as we share the workload.

And I went a picked up a car this sunday, A Volvo V40 2.0T (pics will be coming). Its not the best car ever but I got it cheap and it takes me from point A to point B (Pretty fast also).

That’s pretty much it, I’ll try and update this blog more often now that i have the time for it.

Hey everyone, Long time no see!

I’ve had a bit much on my plate lately, stuff like new apartment, taking various courses so I can keep driving a truck, been moving around in the company(I got my own office now!) and we’ve had a HUGE moving job that we finished this friday.

So yeah, the new apartment is coming along. Me and Hana have been moving stuff over this weekend and will keep doing so throughout next week. I also setup my streaming account on twitch today so I’ll be streaming any day now, only problem is the new apartment only has a copper phone line for internet-connection and that wont be enough to stream…
But I talked to the the owner and she will be looking into getting fiber to the apartment so hopefully I’ll be up and running soon.

In other news I’ve been taking courses, Like Emergency First Aid and Work-Safety, Next week I’ll be on the ADR(Transport of dangerous goods) course for atleast two days. The reason is because in Finland we have to take competence courses if we want to work in logistics and when we get the competence approved its valid for five years, During those five years we have to take five courses to renew the competence. After ADR I only have one more course to go and then I’m OK for another five years.

Oh yeah, I also got the pics of the Passat for you.

Not much happened this weekend even though I almost promised to stream something. Started playing Diablo 3 Season 13 on Saturday evening and that’s about it.

They called from work on Saturday too, one employee was still sick so I took his shift between Sunday – Monday. Did atleast get a few more Paragon levels in the cabin of the truck.

Also the Renault started boiling on my way to work yesterday, so that might be it.

Didn’t get any pictures of the Passat last week, it was always raining and I want to wash it before atleast.

So all in all nothing I planned happened.

P.S. Atleast one good thing happened, me and Hana went looking for a new apartment on Friday and we decided on one, so we will be moving within a month.

Well I’m bad at this.

Anyways just before easter me and my better half went to pick up a new car! My old Renault is giving up the ghost and it was time to get something bigger anyway, So now Hana is a proud owner of a VW Passat 1.8t(Even though I’m daily driving it, Hella fun car) and the Renault will be used as secondary when we need two cars until it totally breaks down.

During easter i had a friend from Finland over for a “LAN-Party”, we were supposed to be more people but the other two pulled out the day before. So we played some games, had some beers and whisky and talked about old times(and new!). I was thinking about streaming while gaming but we mostly spoke swedish and my friends aren’t keen on speaking english if they dont have to.

Some streams might be upcoming in the weekend at twitch.tv/urbanwesterback. There will probably be some GTA V, Killing Floor 2 and Euro Truck simulator 2.

Went to pick up a truck from the ferry today and snapped this picture.

So the site is up and running. It will change alot the following months until I get it just the way I want it. I don’t know if there’s alot more to say right now and as you probably figured you can read all about me and why this site exists in “About”. 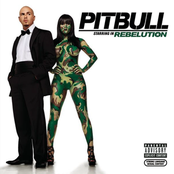 I Know You Want Me (Calle Ocho)
Pitbull
4 hours 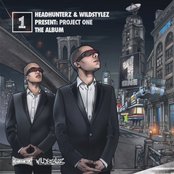 Life Beyond Earth
Project One
4 hours 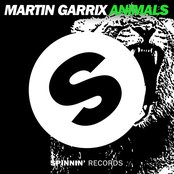 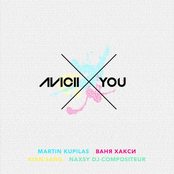 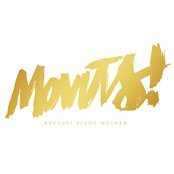